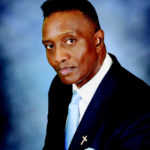 Rev. O’Neal Dozier was the fourth of eleven children; born on September 3, 1948 to Annie Dozier and the late Jessie Emmanuel Dozier who were sharecroppers.  In 1955, his family left South Carolina and came to Pompano Beach, Florida on a migrant farm bus.  Rev. Dozier went on to graduate from Blanche Ely High School in 1967, where he was a soloist in the Chorale and a member of the Football and Basketball Team.

Rev. O’Neal Dozier received a Bachelor of Arts Degree in Religion and Philosophy from Bethune-Cookman College in Daytona Beach, Florida.  Rev. Dozier played professional football in the National Football League for the Chicago Bears during the 1974 football season.  He was later traded to the New York Jets, where he was subsequently waived because of injury.  In addition, Rev. Dozier was a player/coach during the 1979 football season for the Alabama Vulcans (Birmingham, Alabama) of the American Football Association Professional Football League (A.F.A.).

Rev. Dozier later received a Doctor of Jurisprudence (Law Degree) from John Marshall Law School in Atlanta, Georgia. He also attended the Morehouse School of Religion Seminary in Atlanta, Georgia. Rev. Dozier later received a Doctor of Theology Degree from Messiah Theological Seminary. In addition, Rev. Dozier received an honorary Ph.D of Theology from Maranatha Christian University.  Reverend Dozier has been a licensed minister of the Gospel since 1975 and was ordained as a Baptist Minister of the Gospel in 1983.  He founded The Worldwide Christian Center on July 18, 1985, where he continues to serve as Pastor of the church.

In 2005 and 2006 Rev. Dozier was under contract as a panelist on NPR’s News and Notes Roundtable hosted by Emmy-award winning Journalist, Ed Gordon. He is also a member of the Broward Republican Executive Committee (BREC).  Rev. Dozier was honored to be chosen as a speaker for The Reclaiming America For Christ 2003 and 2005 Conferences hosted by Coral Ridge Presbyterian Church in Ft. Lauderdale, Florida where Dr. D. James Kennedy was the Senior Pastor.  In 2008, Rev. Dozier authored his first book entitled “Who’s On The Lord’s Side Politically”.  Also, Rev. Dozier has been and continues to do numerous radio and television interviews across the nation discussing the political and social issues of the day.

Rev. Dozier is married to Leketia Barner Dozier, Esq. who is a licensed attorney in Broward County. He is the father of three (3) children: Adrienne, Tarakiki and Marilita and has two (2) grandchildren.  Rev. Dozier and his wife, Leketia reside in Pompano Beach, Florida.