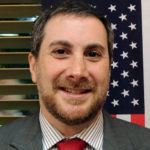 Joe Kaufman was the 2016 Republican nominee for United States House of Representatives in Florida’s 23rd Congressional District. He is the Chairman and CEO of America First Alliance, a non-profit 501(c)(3) organization which focuses on national security and energy independence for America. He has been featured on all major cable networks, including Fox News, CNN, MSNBC, CNBC, PBS and C-SPAN. Joe has been instrumental in getting terrorist charities shut down and terror-related individuals put behind bars. Exactly one month prior to the September 11 attacks, he predicted the attacks by stating in an article that “the 1993 World Trade Center bombing was no aberration” and that it would happen again.