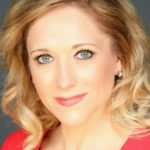 From 2012 – 2014, she worked as Senior Military Advisor for Concerned Veterans for America. Jessie participated actively throughout the nation advocating for policies that preserve our freedom and liberty that veterans and their families fought and sacrificed to defend. Jessie was an outspoken advocate to hold the Veterans Administration accountable for the veteran’s benefits backlog and mismanagement of veteran’s healthcare. She also actively worked with the states and Congress to improve the military voting laws to ensure the military is afforded the same access to vote as their civilian peers.

In 2009-2012, Jessie was the spokesperson for Military Voting Rights USA, a national network dedicated to ensure active duty military voters have their votes cast and counted on time. Jessie testified before Congress’ Elections Subcommittee, Committee on House Administration based on her first-hand experience and concerns about voting rights for active duty military overseas personnel. She also was a highly visible advocate for Military and Overseas Empowerment Act (MOVE Act), which became federal law the same year.

Jessie has worked as an independent consultant in national defense and private industry since leaving the Marines. She has a Bachelor Science degree in Business Management and is a member of Disabled American Veterans, American Legion, The John Carrol Society, Women in Defense, and Women Marines Association.