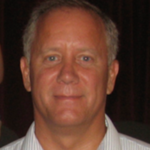 Jeffrey S. Sanow has 35 years’ experience running complex global operations.  He has extensive experience in South Asia, Southeast Asia, the Eastern Mediterranean, and the Middle East. He served in the National Clandestine Service (Directorate of Operations) of the Central Intelligence Agency working with senior policy makers and the National Security Council supporting their policies related to preventing the sale, transfer, or acquisition of weapons of mass destruction. Mr. Sanow retired from the CIA in 2009 as a Senior Intelligence Officer.

Since leaving government service, Mr. Sanow served as Director of Marketing and Public Relations for Ruamrudee International School, a private Catholic school in Bangkok, Thailand and established his own company, Sinbad Scuba, to promote scuba diving and coral reef conservation in Thailand, Indonesia and across Asia. He teaches first aid and diving to individuals with physical challenges and concentrates on charitable activities in central Florida.  In 2014, he began working as a Subject Matter Expert/Instructor teaching tradecraft for intelligence operations to the US Military.  In August 2016, Mr. Sanow deployed to Pakistan for a year with XK Group to direct security and intelligence efforts for the US firm responsible for building the billion-dollar US Embassy compound in Islamabad.

Mr. Sanow graduated with a B.S. in Mechanized Agriculture and also obtained his Masters in Agricultural Science in 1985. Furthering his education, he received a post graduate certificate for Telecom Management in 1997. Mr. Sanow is a frequent speaker and writer on Sharia, political Islam and religious freedom in America.