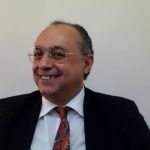 Dr. Tawfik Hamid, is an Islamic thinker and reformer, and one-time Islamic extremist from Egypt. He was a member of a radical Islamic organization, Egypt’s Jama’at Islamiyya (JI), with Dr. Ayman Al-Zawahiri, who later became the second-in-command of Al-Qaeda. After being radicalized in the JI (approximately thirty-five years ago), he had an awakening of his human conscience, recognized the threat of Radical Islam, and started to teach modern peaceful interpretations of classical Islamic core texts.

Dr. Hamid is the author of Inside Jihad: How Radical Islam Works; Why It Should Terrify Us; How to Defeat It.”

Dr. Hamid has appeared on shows spanning the spectrum from CNN to Fox News and C-SPAN, and his articles and op-ed pieces have appeared in publications such as The Wall Street Journal, the New York Daily News, VOA, France 24, RT (Russia Today), and the Jerusalem Post. Dr. Hamid’s comments have also appeared in the Washington Post, Foreign Policy magazine, USA Today, The Huffington Post, the National Journal, and Wired magazine.

Dr. Hamid has also appeared on Aljazeera TV Channel (Arabic) more than 100 times in the last couple of years. He also appeared many times on Sky News (Arabia).

Dr. Hamid has been a guest speaker at many reputable private and governmental fora – both within the U.S. and internationally. Dr. Hamid has spoken and testified before/with: the US Congress (House Armed Service Committee); the Future Summit at the invitation of President Shimon Peres; numerous Department of Defense (DoD) offices at the Pentagon; the Special Operations Command; the Office of the Director of National Intelligence (DNI); the National Security Agency (NSA); the European Parliament; the New York Academy of Science, and many others.

Dr. Hamid obtained his medical degree in Internal Medicine from Cairo University and a Master’s Degree in Cognitive Psychology and Educational Techniques from The University of Auckland School of Medicine and Health Science, New Zealand. Dr. Hamid is recognized for developing one of the most innovative Cognitive Psychology models, The Multi-Dimensional Learning Model.

Dr. Hamid’s recent Facebook page (in Arabic), Modern Interpretation for the Quran, provides a peace-promoting commentary and understanding for the Quran. The page has garnered over 2,000,000 “Likes” from an Arabic speaking audience since it began in May, 2013. In addition, Dr. Hamid recently launched a YouTube channel (in Arabic) to Counter Radicalism. His channel has more than a quarter million views and more than 3000 other channels subscribe to it. Furthermore, Akbar Al-Youm, one of the Arabworld’s most reputable and widespread newspapers, recently published a major article for Dr. Hamid, in Arabic, wherein he suggests ten major, novel principles for re-understanding the Quran in a peaceful way to counter radicalism.