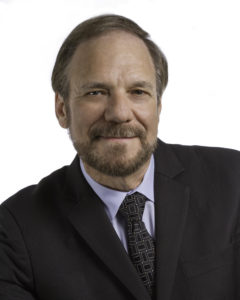 Dr. Richard Benkin burst onto the human rights scene in 2003 with a one-man campaign that freed a Bangladeshi journalist who was imprisoned and tortured for opposing radical Islam’s rise in that country and encouraging relations with Israel.  Since then, he forced Bangladesh’s notorious RAB to release an abductee unharmed, stopped an anti-Israel conference at an official Australian building, and brought Bangladesh’s ethnic cleansing of Hindus to the floor of the US Congress, among other accomplishments.  In 2005, the US Congress honored Benkin for his human rights work.

Since 2008, he has fought to stop the ethnic cleansing of Bangladesh’s Hindus, and believes “we have turned a corner in our struggle,” getting   NGOs and US localities to recognize Bangladesh’s anti-Hindu ethnic cleansing, helping the US House Foreign Affairs Committee hold hearings on the issue, winning the support of Indian Prime Minister Narendra Modi, and in July 2016, with US Congressman Bob Dold, getting the Bangladeshi government finally to admit to anti-Hindu persecution.  He travels regularly to the semi-legal refugee camps and porous border areas in South Asia to gather evidence, verify reported atrocities, meet with victims, and confront both complicit officials and radical Islamists; even when refused entry by Bangladeshi officials.

He recently began working with several anti-Islamist groups, including Muslims, one of which successfully attacked a Taliban location earlier this year.  Another displayed the Israeli flag as part of a massive protest inside Pakistan. These groups have reached out to Benkin for help in their struggles against radical Islam and for freedom from Pakistani and Iranian oppression.

Benkin describes his activity as “human rights from the Right,” to emphasize how the left has dishonestly appropriated the language of human rights and used it to justify bad behavior and demonize real human rights efforts that do not fit their worldview.  He founded the non-for-profit group, Forcefield, for “non-agenda driven human rights.”  What does that mean? We saw that Amnesty International’s web site had six articles on the “war on terror.” Five criticized Gitmo; the other was about Shi’ites being treated as “second class citizens” in Saudi Arabia. The outrage seemed misplaced given ongoing atrocities against Hindus in Bangladesh, Christians in the Middle East, and Jews in Israel and Europe.  The focus on Guantanamo was way out of line with no one being blown up or having their heads cut off there.  Its outrage was agenda-driven, and its use of millions in grants and small donations by concerned individuals, supports a willful ignorance of real human rights abuses in order to serve ideology first.

Dr. Benkin also serves on the Boards of or as an Advisor to several human rights and other organizations in the United States and South Asia, including StandWithUs and the Bangladeshi Minority Lawyers Association.  He is a sought after speaker and publishes regularly.  His book, A Quiet Case of Ethnic Cleansing: the Murder of Bangladesh’s Hindus provides verified evidence of anti-Hindu atrocities in Bangladesh, the government’s complicity in them, and the rest of the world’s deliberate silence about it. His most recent book, What is Moderate Islam, is intended to help us distinguish friend from foe in our fight for freedom and justice.

Benkin holds a doctorate from the University of Pennsylvania, has held a number of faculty and business positions, and regularly serves as an expert witness in asylum cases involving South Asian refugees.